Spring time brings with it day light that begins just before I wake up. Waking up to pre-dawn makes cheerleading myself into doing anything at all difficult. This morning, Kerry made breakfast for me and a bit of green tea to take to work with me. Off to a good start.

Twenty miles later, just after getting on 66 and passing Manassas, in the left most lane, I hear screeching tires and see a truck go airborne as it tumbles end over end, disappearing over the guard rail, rolling down the embankment of the median. A heartbeat later, my car is struck on the driver’s side and two, thankfully, empty lanes later, it comes to a stop against the far guardrails. Knowing the car has come to a stop and all of me feels reasonably intact, I have a bit of relief from dodging that danger. But I’m concerned the interstate pinball machine is still happening behind me. Looking out the passenger side window, someone else has stopped behind me; and that’ll block anyone coming from that direction. The driver side door I have to kick open. Stopped just ahead of me is another car, maybe the one that hit me, I’m not sure. A young couple gets out. The guy asks me if I’m okay. I answer is the affirmative, but I’m starting to realize my wrist hurts and isn’t moving right, and my back is sore too. The guy goes across the stopped interstate to investigate the truck, leaving the girl behind. I check on her. She checks on me. Post collision etiquette. You ask, but even if something’s wrong, what can you do?

She asks if someone has called the police already, I tell her someone would have by now. She’s looking towards the median where her guy has gone to investigate. I encouraged her to stay where we are. I’m pretty sure that the driver of the truck would be dead. She doesn’t need to see that. 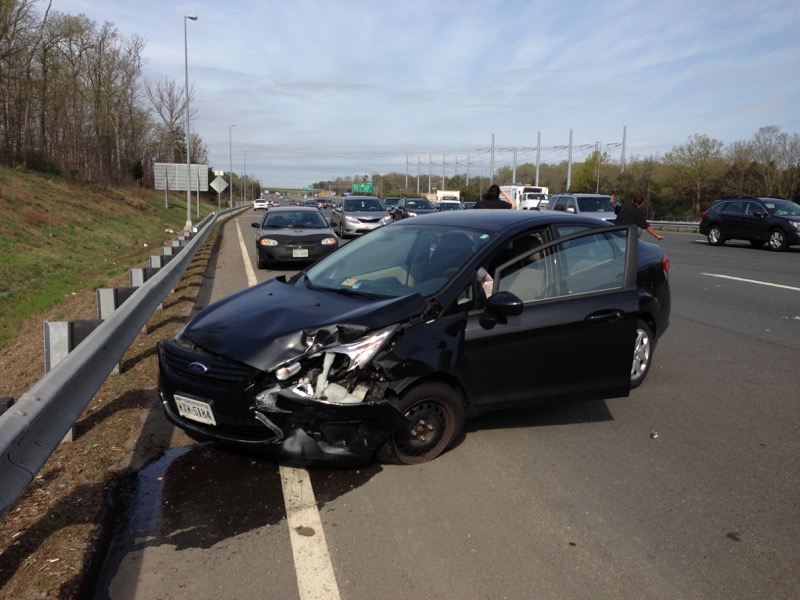 I text work. I text my team. I pause and carefully think about how to address my wife so as to not freak her out. I send a text asking for our insurance information, assuring her that I’m fine. My wrist has turned purple and is leaking. I tell her I’m fine, but my wrist might be broken. My car has been honking nonstop since the collision. Emergency services arrive. 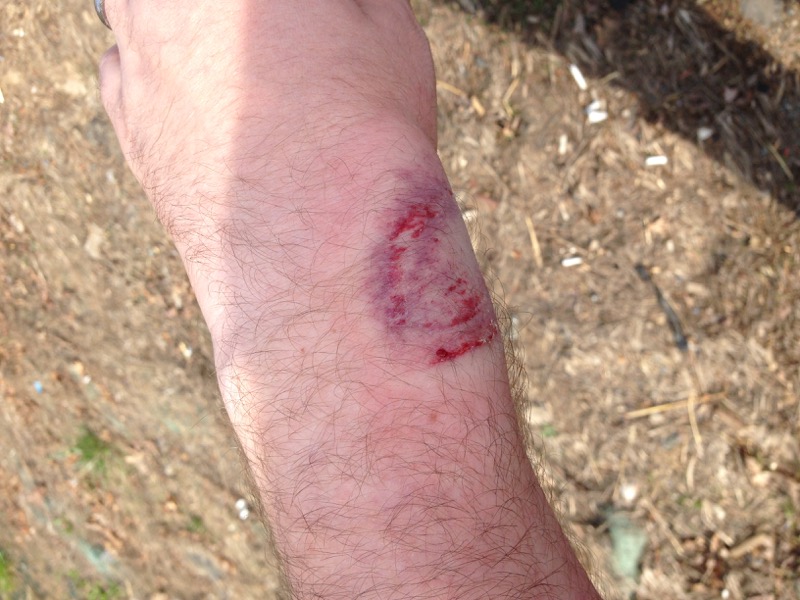 The emergency vehicle go to the far side of the median first, where they are certainly needed more. If the driver of that truck isn’t dead, he’ll need all the help he can get. A firefighter that looks to be about eighteen asks me how I’m doing. I show him my wrist, he thinks it’s broken and asks me to have the medics check it out. Police stop traffic on I-66 for me to cross and to talk to the medics. Walking there a trooper asks me who I am and for my license and registration. The medics interrupt him and ask me about my wrist. They make a sling and encourage me to let them take me to the hospital. 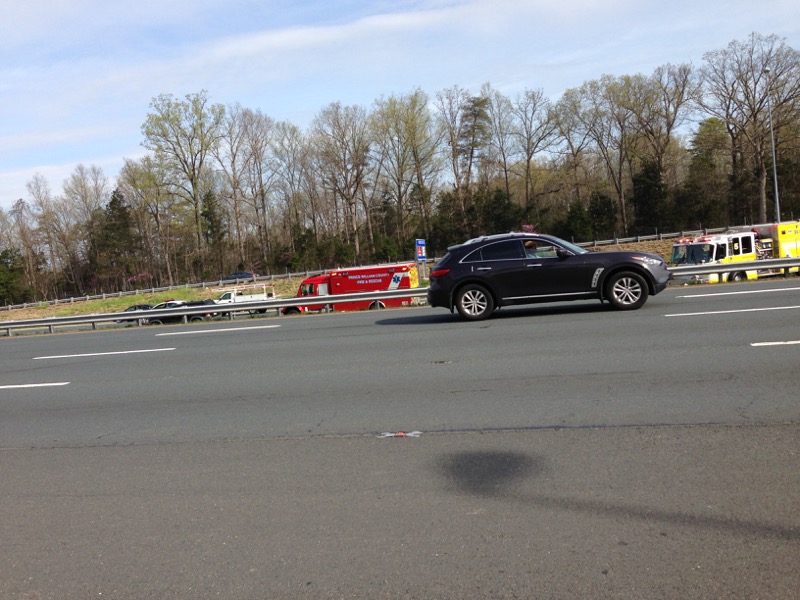 In the ambulance, I discover that the driver of the truck is alive and doing much better than me. He declines medical services. A trooper arrives to ask him questions and insinuates that the driver was the cause of the whole situation. I’m less help to explain what happened. They poke at my wrist, I tell them my back hurts, and off to the hospital. 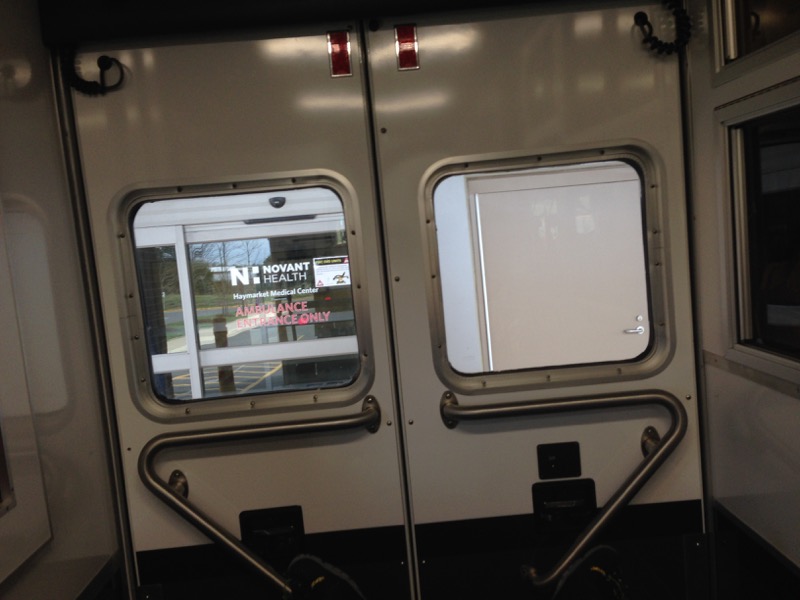 A medic with a uniform from Nokesville talks to me about Old Bust Head on the drive in to Heathco’s emergency room. I’m wheeled into room 20 and the nursing staff ask me questions and take vitals. Everyone is cheery, I suspect that it’s a nice change of pace to get someone out of an interstate accident that isn’t critical and in fairly good spirits. I show them my wrist and complain about my back. Kerry arrives, she looks like she’s taken this worse than I had. I’m given a shot of Dilaudid in my arm, it makes me dizzy. X-rays are taken, I’m told the wrist isn’t broken. The medical staff seems surprised by this. They seem to think the back pain is just muscular tension. I’m given a prescription for a couple pain medications, instructions not to return to work for a few days, and a brace for my arm.

In the passenger seat on the ride home, I’m feeling nauseous from the Dilaudid. Only a couple miles from home, I ask Kerry to pull over, and I relieve myself of the morning’s breakfast.