I have an iMac and I’d like to play a decent game from time to time. If you use your computer primarily for games, you probably didn’t buy a Mac at all and none of this will interest or apply to you, so feel free to skip.

One of the things that I didn’t know about the iMacs with Fusion Drives before buying one is that the when using Windows with Boot Camp, only the mechanical drive is used for the second operating system, not the combined flash and mechanical array. It’s in the Boot Camp FAQ, but I didn’t bother reading that, my mistake. And it makes sense, since the Fusion Drive setup uses CoreStorage, not some sort of low level file system agnostic setup, which is probably impossible in practice.

I played all the way through Fallout 4 in a Windows 10 environment with satisfactory performance. Watch Dogs 2 has been okay, but had some lengthly load times. Titanfall 2 has been my jam for weeks, and there has been some stuttering. I upped my RAM in my system for pretty cheap, but Titanfall 2 doesn’t get as greedy with it as I had expected it would be. Then I got an external SSD going into the USB 3.0 interface, and then moved the Titanfall 2 files to it. It made a difference, but I’d describe that as “trivial”. Maps loaded a bit faster, but when it comes to the multiplayer- any stutter in gameplay is pretty much immediate death. It’s a intense game.

I ran CrystalDiskMark to benchmark the internal mechanical drive against the external SSD to get a feel for things. The difference in performance between the two was not non-trivial, so I decided, let’s try to run the operating system and the game from the external SSD. 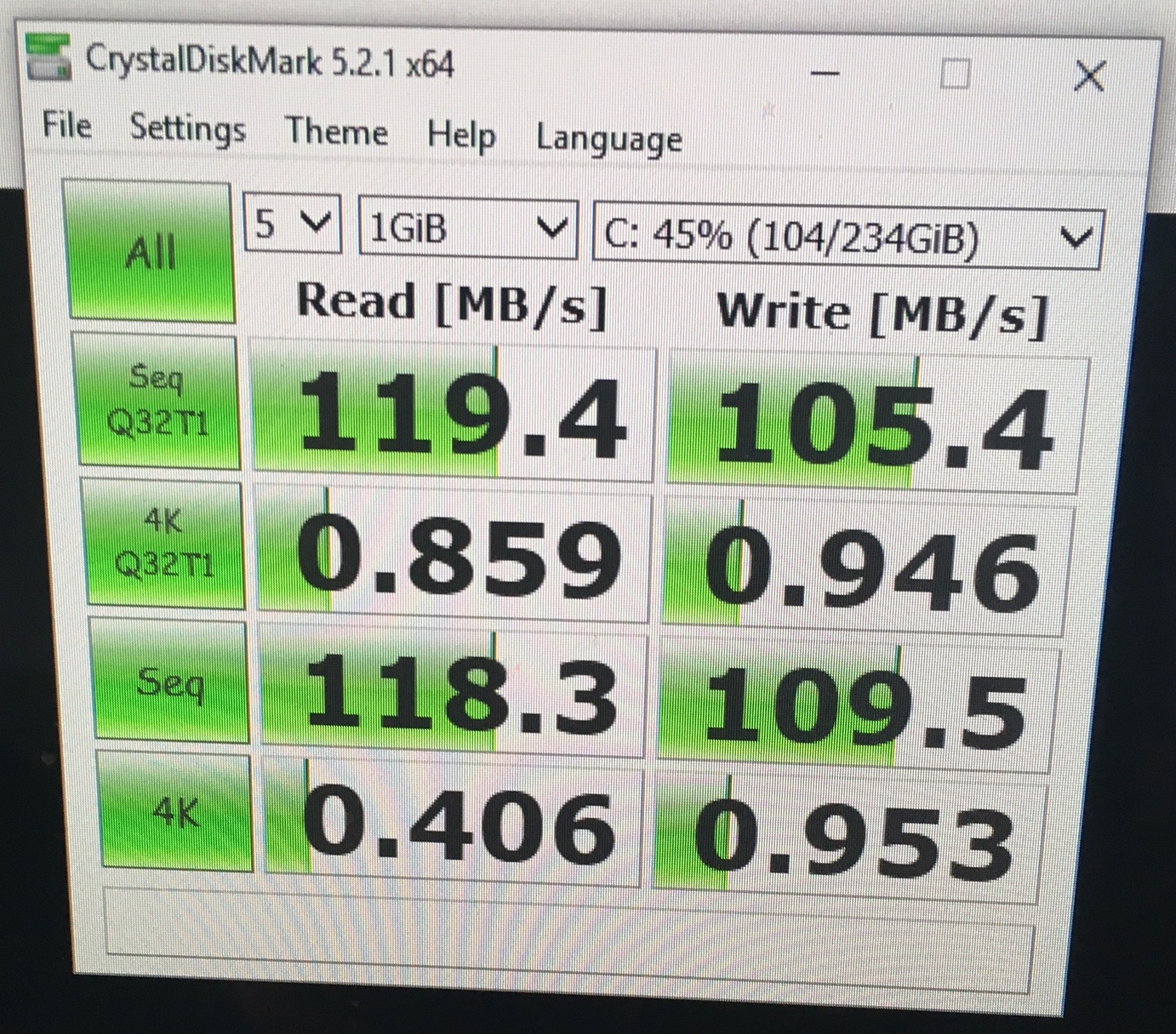 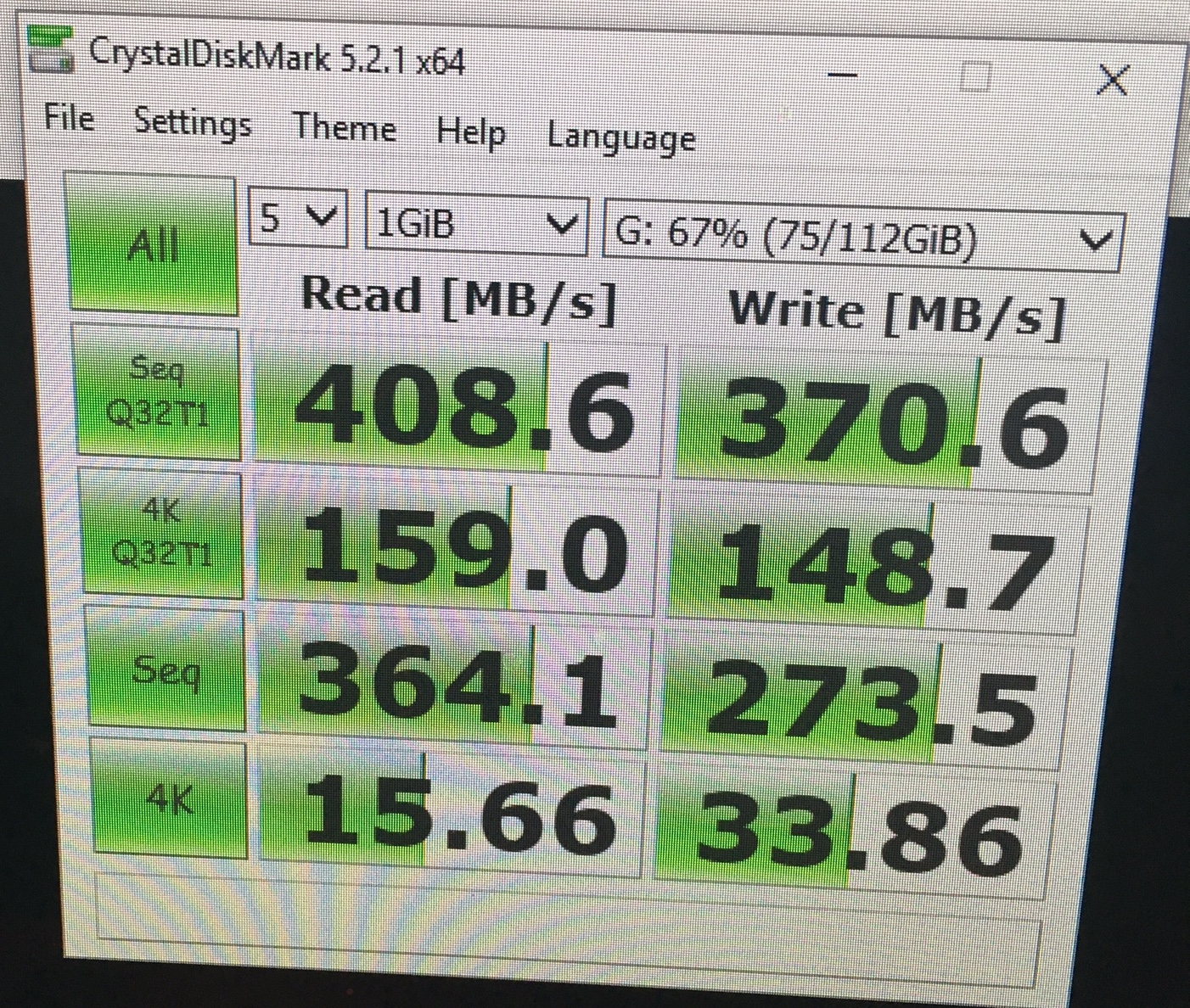 If you’re wondering why I didn’t use Snipping Tool instead of taking a crappy picture with my phone - I did. And then formatted the drive the screen shots were on. So …

Here are the steps that I followed.

Everything in Windows runs better from the USB 3.0 SSD drive compared to the internal mechanical. It was a good choice.